Configuring an Over-deployed, 1 AP per Classroom School: The Answer is not 42. It’s Channel Planning 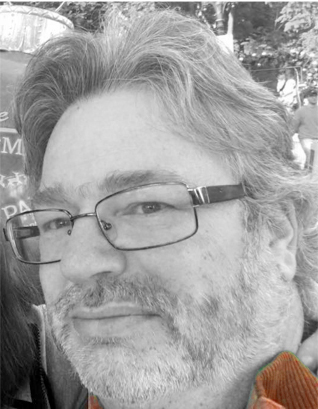 When you know the why for a recommendation, you can make informed decisions without having to listen to a Ruckus SE say “it depends” again. The root of the potential problem in this and other “many APs in small space” scenarios is AP-to-AP interference. Usually, when we say interference we tend to think of noise, such as a leaky microwave, or a baby monitor or Bluetooth. However, what is most important to think about in this case, and in general these days, is protocol level interference.

Noise can be handled by raising power. Just like people in a noisy party: talk louder, stand closer. Unlike noise, with AP-to-AP interference, the APs are two teachers teaching in the same room; the APs are forced to wait for each other, take turns and wait for each other to finish. In Wi-Fi, only one device transmits at a time. That, by the way is a radio thing, just like when walkie-talkie users typically say “over“ (‘I’m done transmitting’) and “roger”(‘I acknowledge I heard you’).

Fundamentally, as long as two APs have their radios tuned to different channels, they do not interfere with each other. They speak in different ‘pitches’ and can ‘talk’ (transmit) at exactly the same time. They can easily be in the same room, so long as they remain on different channels (and at least 3 feet apart), and they can use the full capacity of both those channels.

Network capacity is in the channel, not the AP. Two APs sharing the same channel in close proximity have to share the bandwidth, take turns and are just less efficient than a single AP would be. Channel reuse requires APs on the same channel to have enough separation that they don’t recognize each other as Wi-Fi sources. (Wi-Fi 6 adds mechanisms to help with this, but better to avoid having the problem when you can)

Every Wi-Fi discussion quickly moves to a discussion of the 2.4 GHz band, and how it has only 3 effective channels: 1, 6 and 11. Three channels are the bare minimum for an effective cell or channel reuse plan (usually shortened to ‘channel plan’)

The cell size shown here is idealized – wide open spaces – and the real-world coverage cell will depend on the Wi-Fi transparency (i.e. RF attenuation) of your walls and other objects, but, the overwhelming number of classrooms are too small and too close together for a 2.4 GHz Wi-Fi signal to drop enough between classrooms. If you do a quick survey, and the nearest AP is at -50 dBm and two other APs on the same channel are at -57 dBm, your network is oversaturated and those APs are interfering with each other. They are too close together.

5 GHz is a whole ‘nother story – if used correctly. Virtually all Wi-Fi clients for some time have been 5 GHz capable, and your 2.4 GHzWLAN is going to penetrate walls better than 5 GHz. Don’t be afraid of stranding 2.4 GHz only devices – you probably have few, if any, and your problem is much more a matter of oversaturation than dead spots

As a rule of thumb, turn off every other 2.4 GHz radio, but, better still, survey and target which ones to leave on and which to turn off by your coverage. The R730 is a VERY powerful AP meant for big deployments. It can cover a very large area, which will very likely be too large an area for such an AP density.

Focus on and make full use of 5 GHz spectrum

5 GHz has up to twenty-five non-overlapping 20 MHz wide channels. Probably a few less than that in the real world, depending on where you are, but don’t be afraid of the DFS channels. A Ruckus system will automatically learn which channels are not usable and blacklist them. Enable all the channels, and let the controller figure it out for you.

How great is that for a channel plan? 20+ channels.  Remember, only APs on the same channel interfere with each other.  Imagine a 20 AP campus with NO self-interference! It would be a thing of beauty.

Why 20 MHz wide? What about channel bonding?

Well, keep in mind, we already have a lot of APs when we have one per classroom; 20 MHz channels absolutely minimizes WLAN self-interference, which goes a long way to maximizing total capacity. It should be your starting place unless you have fewer APs. For the vast majority of classrooms, it will provide plenty of bandwidth.

Remember, a 20 MHz channel in 5 GHz is just as good as a 20 MHz wide channel in 2.4, and usually a little better because there is normally less interference from other technologies. Bluetooth doesn’t operate on 5 GHz.

We are specifically talking about the case of a single classroom; all the client devices are at point-blank range from the AP. 20 MHz should have plenty of capacity. If necessary, a couple of targeted APs in high need areas can be given a 40 MHz channel.

School layout may come into play. Schools with traditional block layouts spread their APs farther, so that 40 MHz may work well, but ‘Y’ and ‘H’ shapes can leave a LOT of classrooms pretty close together from an RF point of view. Real world data from surveying and testing trumps theory., but channel planning is probably 80% of the problem in most poorly performing WLANs.

Next: The rest of the checklist