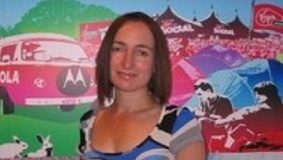 We’re in an era of unprecedented demand for connectivity – with new technologies like virtual reality, 8K streaming, and cloud gaming all requiring faster speeds and greater capacity.

As part of our plan to make Gigabit speeds available to nearly 15 million homes across the UK by the end of 2021, Gig1 is now available to customers in Manchester and Southampton.

To power these gigabit speeds, Virgin Media UK is rolling out next-generation broadband technology, known as DOCSIS 3.1, across its entire cable network - which will bring faster, more reliable broadband speeds to all our customers’ homes.

More than 20 times faster than the UK’s average broadband speed, Gig1 is helping deliver the UK’s gigabit connectivity goals without the need to dig up roads to install new cables.

Through the backing of our parent company Liberty Global, we’ve invested billions of pounds to expand our network and provide speed upgrades unmatched by other major providers, all while broadband usage has increased by almost 40 percent in the last year.

Working with CommScope enables the high-performance basis for hyperfast broadband in our cable network – something we’re excited to switch on in towns and cities across the country over the next two years.

(Note: The above has been submitted as a guest post to CommScope Blogs by Annie Brooks, executive director for Mobile and Connectivity at Virgin Media UK. Opinions and comments provided in this guest post, as with all posts to CommScope Blogs, are that of the author and do not necessarily reflect the views of CommScope.) 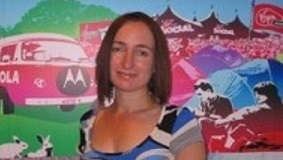 Annie Brooks is the executive director for Mobile and Connectivity at Virgin Media UK.