The Need for Speed…and Efficiency 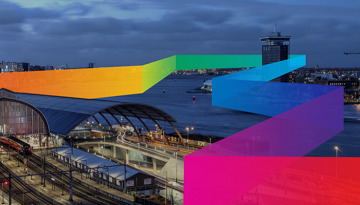 As we head to Amsterdam for Broadband World Forum, we’re sure local citizens are taking pride in the fact that the Netherlands is Europe’s most competitive economy, ranked only behind Singapore and the U.S., according to the World Economic Forum. In fact, six European economies made it in the top 10 in 2019.

The rankings are a result of nations that integrate their economic policies with infrastructure, skills, research & development, and supporting those left behind.

In Europe, the European Union (EU) has made a promise not to exclude anyone from basic connectivity. The region’s leaders have also said that by 2025 all schools, transport hubs and main providers of public services as well as digitally intensive enterprises should have access to internet connections with download/upload speeds of 1 Gigabit per second.

Europe is Building Gigabit Cities from the Ground Up

And we’re already seeing this happen. Virgin Media UK is unleashing the fastest broadband in the UK. CommScope is supporting Virgin Media UK’s rollout of next generation broadband technology, known as DOCSIS 3.1, providing nearly 15 million UK households with access to gigabit broadband speeds by the end of 2021.

Speed is important…but we must also consider network efficiency.

Network Efficiency will be as Important as Speed

The recent Light Reading story, “Network Convergence Revolution to Drive Speed and Efficiency, CommScope CTO says” by senior editor Jeff Baumgartner has summed up key focus areas that we will expand on during Broadband World Forum. Here’s an expert from the news article:

"What excited me the most is our efforts to reduce interfaces between the various components of the network to improve their efficiency," he (Morgan Kurk, CTO of CommScope) said. "Every time you have an interface, it's an opportunity to improve an efficiency…There are tons of opportunities to improve interfaces between ourselves and things we now make with the new company, at the software level, the electrical layer and the hardware."

CommScope is "at the beginning stages" of exploring how to improve on efficiencies gained by improving the interfaces between the wired and wireless network. That work will also extend to the Internet of Things (IoT). "All of this IoT [activity] only makes sense when they can all talk together," he said, noting that an Amazon Alexa-powered smart home device has little value operating in an isolated silo. "That means the network is becoming incredibly important, and it also drives something we believe, which is the uplink in the network is even more important in the future."

From the cable side of the network equation, the industry will attempt to beef up that historically weak upstream path with DOCSIS 4.0, which will support two upstream-enhancing technologies (Extended Spectrum DOCSIS and Full Duplex DOCSIS). Further out, the industry's over-arching "10G" initiative envisions symmetrical 10 Gbit/s capacities and low latency across hybrid fiber/coax (HFC), fiber-to-the-premises and wireless access networks.

For more on what CommScope will be featuring at Broadband World Forum in Amsterdam, please visit stand B52 and check out this video: