The Next Era of Entertainment 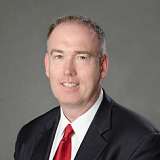 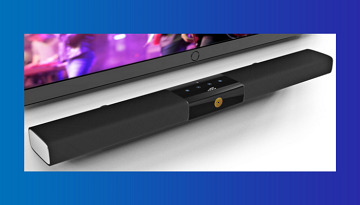 The development of the initiative, and its commitment to voice integration and interoperability, is a testament to the growing importance and traction of the SMD category.

CLICK TO TWEET: CommScope's Charles Cheevers wants to introduce you to the next era of entertainment, thanks to Amazon’s new Voice Interoperability Initiative.

We’ve been shaping the future of entertainment for decades. Last year, we pioneered the SMD. It’s a gamechanger.

The best inventions leave you wondering why someone didn’t think of them sooner. When we introduced the SMD concept at last year’s IBC, it immediately struck a chord in the industry. We intuitively combined the most important gadgets in the connected home—set-top, smart speaker, visual smart assistant, IoT hub, voice & video conference center, and remote control—into a single device.

Since then, we’ve made inroads into its evolution, through our work as a certified Alexa Voice Service (AVS) Solution Provider, leveraging the AVS Device SDK to incorporate voice control into the next generation of entertainment devices. We joined forces with Altice France to deliver the first SMD to subscribers across the country: the SFR Box 8.

Together with Amazon and the other members of the Voice Interoperability Initiative, we look forward to leading the next era of this technology and to bringing people around the world a new level of personalization, connectivity, and convenience in their entertainment. 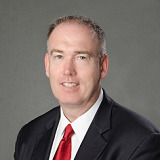 Charles Cheevers is Chief Technology Officer, Home Network Solutions, at CommScope, a global leader in infrastructure solutions for communications networks. He is responsible for the two- to five-year technology vision of CommScope’s consumer-premise equipment (CPE) business.

In this role, he defines new home architectures for CPE devices and cloud-to-ground solutions as well as the evolution of CommScope’s home gateways, set-tops, and connected home solutions.

In his more than 20 years in the telecommunications industry, Mr. Cheevers has been responsible for bringing to market a range of technologies — including DVB, DOCSIS, DSL, PON Network and CPE Video Voice and Broadband solutions. For the last six years, Mr. Cheevers has focused on delivering the next generation of connectivity and technology-driven user experiences to the home. As a result, he’s played a key role in pioneering major trends in Wi-Fi, IoT, IP video, TV experience and set-top technology, and most recently AI-driven smart solutions, with the debut of CommScope’s Smart Media Device.

Mr. Cheevers and his team have also been creating new home platforms for many of the world’s leading service providers. With the emergence of new wireless convergence solutions in both unlicensed and licensed bands — from 1 to 100GHz — Mr. Cheevers and the CommScope CTO office have been innovating new architectures for consumer and home wireless convergence across Wi-Fi, LTE and 5G.

Mr. Cheevers joined CommScope through its acquisition of ARRIS in April 2019 where he served as CTO of CPE Solutions from 2012 to 2019. He joined ARRIS in 2003 via acquisition of Com21 Inc and was VP Engineering of ARRIS Cadant® C3™ CMTS and D5™ EdgeQAM products. In 2006, he was appointed as Chief Technology Officer of Europe, a position he held concurrently to being GM for the ARRIS Edge QAM business from 2008 to 2010.

Prior to his tenure at ARRIS, Mr. Cheevers was Vice President of Engineering and an Officer of Com21 Inc and held senior management positions for Apple Inc.

Mr. Cheevers has served on the board of the Open Connectivity Foundation, one of the leading IoT standards initiatives, served on the SCTE organizing committee for 2018 and 2019 and is a recipient of the 2006 and 2011 Cable and Satellite Euro50 award for his contributions to cable technology.