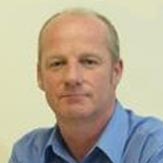 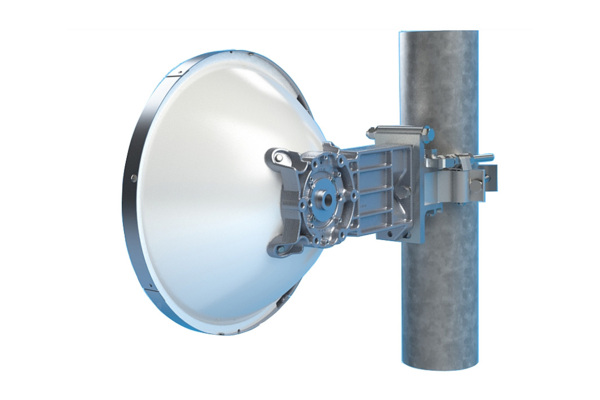 As the rollout of 5G networks accelerate and the pressure on existing 4G networks ratchets up, the demands put on backhaul networks have never been greater. An almost exponential increase in the number of smart phones, tablets and always-connected IoT devices means that traditional microwave networks are being stretched to the breaking point.

Since expansion in the traditional bands between 6GHz and 38GHz are restricted (due to frequency congestion and high levels of interference), the demand for more capacity can be met by deploying backhaul in the 71-86GHz (e-band) frequency range. While the use of e-band was once somewhat restricted due to limited radio performance and high product cost, the scenario today is very different. With the availability of off-the-shelf chipsets and internal radio development projects, all of the major microwave radio vendors now play in this field and radio capacities of 10Gbps are not uncommon.

Although there are certainly link length limitations due to both the short wavelength (at this frequency) and the effects of O2 and CO2 absorption, the amount of available spectrum in e-band simply cannot be ignored. By making use of these two 5GHz chunks of spectrum – which are sub-divided into channels of 250MHz (or multiples thereof) – the amount of data that can be transmitted in these ultra-high capacity applications, compared to the limited channel size available at traditional microwave bands (typically 7-56MHz), is considerable.

The highest capacity demands – and resultant network limitations – can be observed in crowded urban areas where the majority of subscribers and mobile data traffic are concentrated. The narrow beamwidth of e-band microwave antennas allows denser networks to be planned and implemented for busy city center deployments. Although fiber is certainly high on the wish list of any operator in terms of maximizing data throughput, e-band antennas now offer an alternative than can be deployed quickly, at relatively low cost and provide a low latency suitable for critical communications.

Although there are limitations to the distance that can be covered, link lengths of up to 3km are, by no means, uncommon today. With the use of high-power radios and, even more importantly, the introduction of new dual-band microwave antennas, link lengths of up to 10km with carrier-grade availability are no longer out of the question. Many in the industry rightly feel that the narrow beamwidths of e-band antennas make these more difficult to align than a “fat beam” antenna at a lower frequency, although this can be easily overcome by:

The Release of E-Band Spectrum

So, where do we see this all leading? All the industry reports show a flat market over the next 5 years for the “traditional” microwave market. However, the e-band market is markedly different, as it projects significant growth across the globe. For example, the upcoming release of e-band spectrum in India adds another significant market to those already seeing widespread e-band deployments. These include Europe, Russia, North America, and the Middle East. With the large channel sizes available, relatively easy access to spectrum due to regional licensing strategies and simpler interference management is undoubtedly an attractive option for most operators.

At CommScope, we’re ensuring that we are well positioned to support this growth – both in terms of our product range (for single band and dual band antennas) and with our manufacturing capabilities in Europe, North America and India where we are already delivering significant volume and meeting the growth demands of our customers. From our perspective, e-band is here to stay until ever-higher capacity solutions that utilize technologies such as W-band, D-Band and OAM take us to the next level.

In 2021, the hope of returning to some semblance of the ‘old normal’ is emerging. While fibre quite rightly took centre stage for operators while we’ve all been at home, attention will now turn back towards indoor wireless connectivity. After all, we spend most of our time using wireless devices while indoors. CommScope’s Stuart Holyoak blogs on why the JOTS NHIB specifications have paved the way for neutral-host indoor wireless networks.