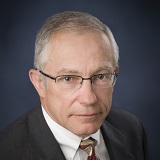 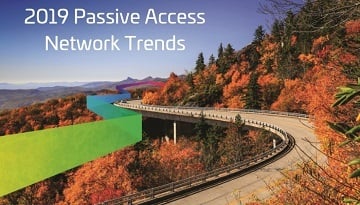 Service providers have significantly expanded their outdoor broadband networks in the past few years as competition and heavy user demand have led to huge fiber build-outs. But much of that work has been completed or is underway around the world, and with widespread 5G wireless (and renewed demand for fiber extension) a couple of years away, the outlook for 2019 is less certain for network operators and their suppliers. In this article, I’ll look at trends impacting outdoor broadband network and technology needs for the coming year.

In 2019, I expect service providers to meet the data consumption needs of their customers by either leveraging their existing fiber-to-the-home FTTH networks or upgrading existing infrastructure using hybrid fiber coax (HFC) and a combination of Remote PHY and DOCSIS 3.1. While these aren’t necessarily new technologies, they are in response to the general pause seen recently in the growth of outdoor broadband networks in North America. While service providers haven’t experienced the data consumption they saw in the previous three to four years, I expect them to deploy more of these solutions to continue providing the subscribers needs without performing a complete overhaul of their networks.

While data consumption growth rate has declined, I am also seeing a relatively calm competitive environment, which I expect to continue in 2019. During the past few years, operators were investing heavily to keep up with large competitive initiatives, such as AT&T’s requirement (in its DirectTV acquisition) to pass 12.5 million homes with fiber and Google’s efforts to build its own fiber networks in many cities. Both these factors spurred heavy demand for fiber. As competitive initiatives have dwindled over the past few years, other service providers are less inclined to be aggressive in fiber deployments and we should see that continue in 2019.

Another reason for competitive calm is that there are fewer players in the North American market because of consolidation. Charter, Time Warner and Bright House consolidated into one company, Suddenlink and CableVision have consolidated into Altice, and AT&T purchased Time Warner in June 2018. Operators are still preparing for an expected onslaught of fiber activity in support of 5G, but I do not expect that to begin broadly until 2020.

FTTH expansion in Europe; Limited growth in other regions

Some of the big trends outside the US for 2019 include FTTH deployments, plug-in-play and hardened connectivity solutions, lack of growth and consolidation. In Europe, for example, government directives, grants and subsidies are encouraging FTTH buildouts, which is why there will be additional upsurge in fiber expansion in the United Kingdom. Germany is scheduled to begin its FTTH buildout in 2020, France is halfway through its fiber expansion, and Spain has finished most of its projects in major cities. So, with pushing fiber deeper, we see much more controlled growth because governments subsidies, not competition, are driving high-ramp growth spurts.

Outside of the United States, there is a need for plug-and-play technology as speed of deployment and shortages of skilled labor become a bigger issue with larger deployments. This helps to bring down the total installed first cost of these deployments and allows them to hit the aggressive timelines.

Latin America, Southeast Asia, the Middle East and Africa are all hungry and potential markets, but unwillingness by operators to spend capital and the delay of projects will continue to hold back growth in 2019. Availability of skilled labor is another barrier to growth. But there are some bright spots in these markets:

As in North America, consolidation will be another trend hitting these international markets. In Mexico, AmericaMovil is continuing to acquire service providers across Central and South America, and Telecom Italia and Spain’s Telefonica are acquiring providers in Latin America.

The Calm Before the 5G Storm

The rollouts associated with densifying the cellular network really haven’t started broadly but I expect this to pick up in 2019 although extensive 5G build-out activity isn’t expected to begin until 2020. With these buildouts, I see a significant growth in fiber buildouts for small cells. In the past, operators ran into permitting challenges: even though they had the labor and materials available for cell densification, local municipalities delayed deployments. As a result, fiber builds to support fronthaul and backhaul for small cells lagged until cellular network densification could begin in earnest, which will happen in 2019.

There is no doubt that 5G wireless will be the major growth driver for multiple service providers in 2019 and beyond. There will be a magnitude of cell sites needed than what we have today, and many of these will be small cells; however most of the deployments in the next year will be test sites, validating architecture and methods in advance of full rollouts.

We will also need more fiber to connect small cells, as they can require 4 to 12 and in some cases 24 fibers per site. Finally, 5G will see the advent of truly converged wireless and wireline networks, and vendors will need to offer a total infrastructure solution that covers both sides of the network. As we get closer to 5G next year, it will start to create a new level of competition among service providers for lit and dark fiber services to small cells and competition between operators for all connected things.

So, while global markets are relatively calm these days because of fiber saturation and decreasing competition, I believe we will see frenetic activity again starting in 2019 as carriers deliver 5G wireless and converged network infrastructure. Hardened connectivity technology will continue to gain popularity, and the resulting deployment speed improvements will be important as the market scrambles to support the next wave of outdoor networks. 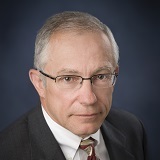 Richard “Ric” Johnsen is senior vice president, Network Cable and Connectivity, Broadband Networks, for CommScope, a global leader in infrastructure solutions. Previously, he was senior vice president, PLM Outside Plant Solutions. Mr. Johnsen joined CommScope in 2010 and was senior vice president of the Broadband division. Previously, he was president and chief executive officer of Alloptic. His prior work experience includes time at OFS as a vice president with responsibilities for fiber optic cable sales, marketing and product engineering. During his tenure at OFS, he led the team responsible for developing and introducing the totally “dry” loose tube fiber cable design to the market. He also worked at Alcatel where he served in numerous positions including engineering, operations and sales. His last position at Alcatel was vice president of the optical fiber business for Europe and Asia. During his time at Alcatel, he led the team responsible for developing and commercializing a colored coating for optical fiber (ColorLock). The project was recognized by Alcatel as the winner of the 1998 Alcatel “Hi-Speed” Award for speed of execution and impact to the business. Mr. Johnsen served 11 years in the United States Army, serving in numerous positions globally as a Signal Corps Officer and holding Airborne and Ranger qualifications. Mr. Johnsen has a BS degree in general engineering from the United States Military Academy in West Point, NY and an MS degree in communications engineering from the United States Naval Postgraduate School in Monterey, CA.