CommScope Definitions: What Is MoCA Technology? 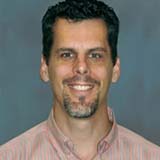 Are you familiar with the advertisement in which a homeowner pauses a movie he is watching on one TV, walks to another room and picks up the movie in the exact same spot on another TV? If so, you are already familiar with MoCA 2.0. This technology follows a standard created by the Multimedia over Coax Alliance (MoCA).

Developed in the United States in 2004, MoCA technology enables in-home networking over coaxial cable—the same cabling that has been bringing cable television signals into people’s homes for decades. With MoCA 2.0, people can download high-definition programming to their set top box, and then send that same content to any other room in the house. The goal is to allow a video or data signal to be transmitted from a primary set-top to secondary set-tops and vice versa.

MoCA’s key benefits are its cost-effectiveness and reliability: no new wires, installations or truck rolls and no interference with existing networks. This technology operates within any coaxial environment and complements any wireless network. Some people associate MoCA with only multi-room DVR, but MoCA also enables multi-player gaming, video and photo sharing around the home, and video and photo transfer from the personal computer to the television.

According to the MoCA organization, coaxial cable already exists in more than 90 percent of United States households and many countries in Europe, South America and Asia. Coaxial cable is ideal for carrying electrical signals because it is a shielded cable and therefore the signal being carried is not subject to interference from outside sources. Transmitting signals over coaxial cabling enables MoCA technology to operate over a much wider bandwidth than other technologies such as wireless or powerline networks, which are also more vulnerable to interference.

Wireless networks sometimes operate in a narrow band and at the same frequency spectrum (2.4 GHz) as cordless handsets, microwaves and other wireless networks creating an opportunity for interference. MoCA operates between 860 and 1550 MHz providing a wide spectrum of bandwidth on a shielded network. MoCA is allowing the next generation of home networking to grow beyond its current limitations through its high data rate capacity.

Key Takeaway: MoCA 2.0 is the technology that makes it possible to view a video in one room, pause it and resume the video in another room at home. It enables in-home networking over coaxial cable, the long-time cabling used for residential cable television. 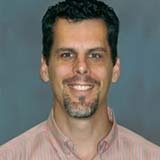 Mark Vogel is the Broadband director of technology development responsible for the research and development of new optical and RF technologies for use in the CATV industry. He has been with CommScope for 10 years and holds over 20 patents. Prior to his current role, he was manager of technology development for seven years and held similar positions at Telecordia, Ameritech, and 3Com. Mark earned his Bachelor of Arts in Physics and a Master's degree in Electrical Engineering from Washington University.
See all posts by this author