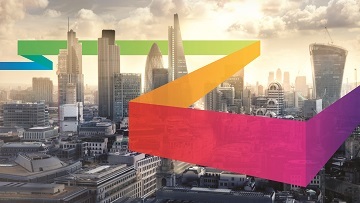 It’s no big surprise that cities are installing cameras to light poles. They’ve been around for a while operating on a limited capacity. They can collect data on gun shots in a bad neighborhood to pinpoint where the shot was fired. They can take still photos of cars running red lights to get license plates and assist in ticketing the reckless driver. Wi-Fi cameras like these are too expensive to be run 24/7, but technology is changing. Linking ordinary security cameras to a data center enables a whole new world of options.

As smart cities evolve, so will the capabilities of these cameras. As cities install smart lighting, city council and leadership can decide to run fiber to the pole and really get serious with cameras. Toronto, Canada is planning two smart traffic pilot projects. One will be using video-analysis camera detection that measures queue lengths as drivers approach the intersection and send data to signal the change of lights. This system is used widely in the U.S., but there is so much more you can do with cameras!

High definition cameras can detect illegal parking and ticket the vehicles. Instead of a timely process of applying for a special parking permit, a connected city could automatically charge you for parking, eliminating the need to search for parking meters, while helping the city optimize parking assets without extra manpower. As parking demand increases, tariffs could increase for this, but alternatives such as public transportation or ride-sharing could be highlighted and ultimately reduce congestion in the city. An app or text message could tell you when to move your vehicle for street cleaning or winter plowing. This will reduce labor costs and keep the streets safer. Cameras could also scan license plates automatically ticketing when cars are being driven without insurance, creating revenue.

Thirty percent of traffic congestion and pollution in cities is people looking for parking. Smart cities could reduce this dramatically with cameras communicating via IoT. They could collect real-time data on open parking spaces in a parking garage and communicate with a search engine like Google to assist in ease of parking on crowded areas. This communication could be used to give best routes and parking to delivery vehicles to further reduce polluted congestion, and monitor autonomous vehicle lanes for self-driving cars. Communication to re-route cars, as well as, directing emergency vehicles to the fastest route in case of an accident or extreme conditions would be an easy feat.

Cameras could also be activated in cases of emergency, like a missing child alert, to scan license plates and car details for real-time tracking and rescue. Other safety features could be advanced with HD cameras. Instead of just pinpointing gunshot locations, smart cameras can use data analytics to detect violence, like someone throwing a punch, and alert first responders and police. The sound of a fist fight or certain words would alert authorities and connected cameras could work together to monitor and prevent violent situations.

In 2014 San Jose, California implemented its first smart city systems. Commendable, but costly, because in 2017 the city voted for and got approval for advancing innovation projects. Changes in technology happen super-fast and CommScope can help cities solve these challenges and be prepared for the future without having to do costly upgrades every few years. Cities know that without the 4th utility of connectivity, they won’t continue to thrive. Cameras are essential for future IoT and keeping smart cities safe.

CommScope is a leader in fiber and connectivity. Running fiber to the smart light pole will future proof a city’s investment by providing connectivity nodes, ready to be connected to metro cells, wi-fi, HD cameras, 5G fixed wireless and future IoT as cities and technology evolve. 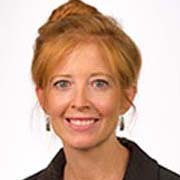