The 3 Most Common Misconceptions about Digital DAS 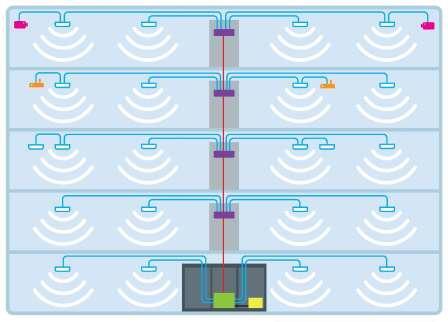 All in-building wireless solutions used analog transport technology originally. Distributed antenna systems (DAS) then became digital-like as the first step in the digital evolution. Now, solutions like the CommScope ION-E utilize full digital transport. But the term ‘digital’ sometimes leads to confusion. I’d like to clear up three of the most common misconceptions about digital DAS.

Misconception #1: If a vendor says its digital DAS runs on CPRI, then it can connect to the BBU via CPRI.

This is not true. CPRI is the Common Public Radio Interface protocol developed as a standard for key internal interfaces of radio base stations. If a DAS vendor says its product runs on CPRI, it is often assumed that the DAS uses a CPRI connection to the Base Band Unit (BBU), also called the signal source. That is not necessarily true, however. CPRI can be used in two areas:

These are two completely different areas. For the first, almost no vendors right now have CPRI connections to the BBU. The CPRI connections that are in use are almost all of the second type. CPRI in this sense is simply being used as a system transport protocol within the DAS system, not between the DAS and the BBU. There’s a big difference between those two functions.

Compared to analog, digital systems have traditionally transported less bandwidth due to how they work. The greatest concern for any digital DAS vendor, then, is being able to transport enough bandwidth for multiple operator systems. Multi-operator systems are becoming more prevalent and need to support more bandwidth. For example, about six licensed bands cover about 200 MHz of spectrum in North America. In Europe, five bands cover about 270 MHz of spectrum. A true multi-operator digital DAS needs to transport all of that bandwidth.

The type of cable required to support that system data rate determines how much bandwidth the DAS can support. Of the primary twisted-pair cables commonly in use:

The bottom line is that it is possible to transport enough bandwidth in a digital DAS. To do so, the digital DAS needs to operate at 10 Gbps and use Category 6A cable.

This is also not true. There are differences between digital DAS in terms of how much bandwidth they transport, and how they do so. Operators have the choice in what to transport over the medium. For example, a digital DAS could transport only a partial amount of a licensed band, but that is not nearly enough bandwidth in today’s market. The DAS could transmit the entire licensed band, but then that is wasting the unused spectrum. Not all channels within the band are likely in use at the same time, so transmitting the whole band transports unused portions needlessly.

The most efficient method is to separate out and transmit only the RF channels being used within the band. This more nimble capability gives control over each individual channel within the bands, which brings more network management functionalities. Not all digital DAS transport systems operate this way. There are significant differences in performance and application for the various digital DAS products on the market. 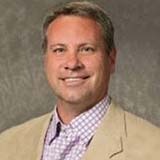 Mike Williamson is senior product manager in the CommScope Connectivity Solutions business segment. Mike has over 15 years of experience in the telecom industry with Allen Telecom, Andrew Corporation and CommScope, having spent 10 years prior involved with other wireless businesses.