Smart City? How about Smart Forest. 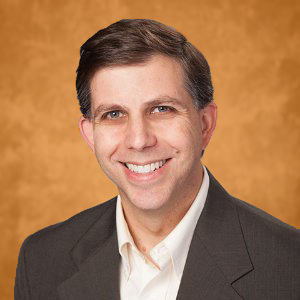 Connecting minds and creating the future – the mantra that rang true throughout THETA 2017. This lively event, held every 2 years, attracts hundreds of delegates from 19 countries, with organizers and participants including the Council of Australian University Directors of Information Technology (CAUDIT), Advocates Coalition for Development and Environment (ACODE), Council of Australian University Librarians (CAUL), The University of Auckland, and Auckland University of Technology (AUT). Topics and priorities ranged from Cybersecurity (timely!) to artificial intelligence, to digital transformation, to the demise of higher education institutions as we know them (a lively and entertaining debate). At such a highly-regarded event, we were thrilled to be the Wi-Fi provider for attendees and staff, connecting over 1,200 devices, of which over 67% were Android. This was much higher than the iOS count – which interestingly, was flipped from my past experiences at many US #edtech conferences. Overall, the Ruckus APs worked fantastically, but at one point, AUT approached our team to report a ‘rogue network’. It had prompted them to login with an AUT password, and they asked if Ruckus would investigate and shut it down? After some digging, we discovered that an AUT contractor had deployed 46 ‘Brand A’ Wi-Fi access points a week earlier to support graduation, so disabling this network fixed the problem.  While grateful, the show organizers were then shocked to learn that Ruckus was now covering the same space with only 21 access points - not 46 - and with better client download speeds! 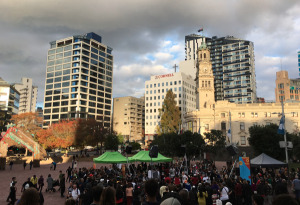 Meanwhile, I gave a presentation alongside Kerry Holling, CIO and Chief Digital Officer of Western Sydney University (WSU) about WSU’s journey of digital transformation toward a smart campus. Kerry shared some surprising and fascinating details about their smart campus deployment. For example, Ruckus APs were deployed in a ‘Smart Forest’ where researchers from the Hawkesbury Institute for the Environment were injecting C02 from large cranes in the forest and measuring the impact – the researchers relied on outdoor Ruckus AP’s mounted on the cranes to connect with University resources and the internet. Additionally, Kerry revealed that the Kingswood Campus saw an 80% increase in mobile users after moving to Ruckus – so clearly there was pent up demand he didn’t know was there! Yet the most impressive thing Kerry shared was about peer feedback.  At the New Parramatta City Campus, Kerry’s team had designed and deployed 270 computers-on-wheels (COWs), 120 digital signs, 40 teaching studios, 20 student collaboration spaces and 29 Zoom videoconferencing rooms.  As part of their due diligence, WSU tested every major enterprise Wi-Fi vendor, but only Ruckus could power the whole kit as designed.  Kerry shared this with a peer, and his response was “what you have deployed is still on our drawing board for 2 years out – and at about half our projected cost!” It was great to see that elevating the student experience is a priority ‘down under’ as well as America.  But ‘elevating’ has a new meaning after hearing about those cranes in the Smart Forest! Read their written case study to learn about their network transformation. Watch their video to learn more about Western Sydney University’s story: https://www.youtube.com/watch?v=e91k5awFiqQ&t=25s