Switching to LTE-U/LAA? Save a Bundle by Leveraging Existing Wi-Fi Networks Instead. 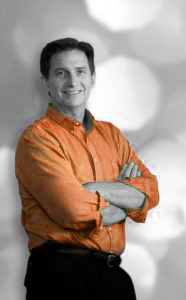 Steve Martin July 17, 2017
Will there be any room left for Wi-Fi in the brave new world of LTE-Unlicensed (LTE-U) and LTE Licensed Assisted Access (LAA) deployed in the 5 Gigahertz (GHz) spectrum band? These two technologies are just starting to be promoted by a number of mobile carriers. While technical discussions about the relative merits and shortfalls of these technologies abound, what about the business case – the ROI of deploying LTE-U/LAA? You may be in for a surprise. But before the big reveal, let’s take a closer look at what these new 5 GHz radio spectrum technologies claim to offer and how they stack up. First, let’s look at LTE-U. LTE-U is the earliest version of unlicensed LTE in the 5 GHZ band developed for major U.S. cell providers. As the early non-standard option for the U.S. and certain Asian markets, LTE-U is not required by the Federal Communications Commission to use the listen-before-talk protocol. LAA is a more recent successor. It’s a worldwide standard from 3GPP that has the advantage of incorporating the listen-before-talk protocol. LAA has gained wider acceptance globally and may have better compatibility with Wi-Fi systems in the future. LTE-U and LAA will both make use of the 5 GHz unlicensed bands, effectively competing with Wi-Fi. They both require the use of a traditional licensed band as an ‘anchor’ channel for the control, paging, and uplink information, and use 5 GHz as a secondary carrier or channel that just handles bulk data transmission (initially downlink only, with uplink to follow in later updates). LTE-U/LAA promises to enhance cellular service by deploying many small cell radios in close proximity to where the subscribers (aka you and me) are. Because small cell radios cost so much less than macrocell towers, this promises to provide improved service to subscribers while costing mobile operators much less to deploy versus adding costly macrocell towers. Sounds great, right? Well, not quite. In fact, taking LTE and adding LTE-U or LAA is one of the costliest solutions you can implement to achieve better cellular coverage and capacity. Here’s why: With all these factors in mind, you can see that LTE-U/LAA systems don’t make much sense from a business standpoint. The carrier, of course, has to bear most of the costs we’ve mentioned, but there’s also a trickle-down effect to the enterprises that work with carriers to deploy LTE-U/LAA at their sites. The fact of the matter is, LTE-U/LAA is getting off to a slow start, and the future does not look very bright. According to Dell-Oro Group, worldwide approximately 1.6 million enterprise small cells were installed in 2016. These are rather anemic numbers when compared to enterprise Wi-Fi access points (APs), growing from 14 million installed annually in 2016 to a projected 20 million installed annually in 2020. What’s the answer? Here’s the final plot twist you’ve been waiting for – LTE WLAN LAN Aggregation (LWA). LWA is a 3GPP technology that is similar to LTE-U/LAA as it also utilizes licensed spectrum for a control and uplink channel and 5 GHz for bulk data, but it’s an attractive hybrid solution that leverages Wi-Fi so it is both less costly and easier to deploy. Instead of using an LTE-U or LAA radio in 5GHz as the secondary carrier, it makes use of your existing Wi-Fi system, and potentially your existing LTE system, to get the same benefits as LTE-U/LAA at a fraction of the cost. Let’s look at the benefits of LWA over LTE-U/LAA: Best of all, LWA offers a flexible business model, supporting a wide range of participants: mobile operators (MNOs) who deploy networks, mobile operators who offer managed services to enterprises, MNOs partnering with cable operators (MSOs) or wireless Internet service providers (WISPs), MNOs partnering with enterprises or venue operators, and more. And what about the end user experience with a handset? Well, LWA will simply look like improved LTE cell coverage and service – which is really the only thing the end user cares about! And the operator can continue to own and control the user experience with the tools and processes they utilize today for managing their LTE network, driving operational efficiency. Learn more about advanced Wi-Fi solutions by visiting Ruckus at: https://www.ruckuswireless.com. 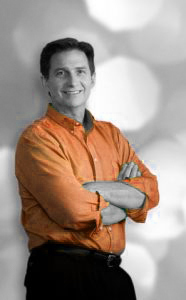