802.11ax (AX for short) is the latest wireless technology. Now that Wi-Fi® has been in deployment for two decades, it’s time for some significant changes—specifically to the Wi-Fi Medium Access Controller and the Physical Layer—to keep up with the evolving needs of consumers (See our 20-year anniversary story on Wi-Fi). 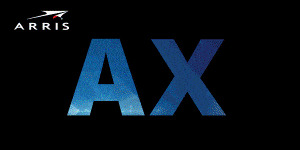 Following the completion of the first version of the AX standard last year, the first AX devices are starting to emerge. The first sets of devices to hit the market will be new, powerful access points and gateways—offering immediate improvements over previous 802.11ac (AC) devices along with the promise of even greater gains as more and more AX client devices are released in 2019 and onwards.

With the growing popularity of IoT, 4K streaming, gaming, Virtual Reality (VR) and more—AX is a great way to stay ahead of the game, while supporting billions of existing Wi-Fi devices on previous standards.

Will I need AX?

As users demand more bandwidth, they will look to wireless solutions like AX and AC to provide them with more reliable performance and constant connectivity.  The emergence of new services such as 8K video and VR will mean that AX and multi-access point architectures will become the norm.

One immediate benefit of AX in the multi-pack (root access point and extender) architecture, is the use of AX as the wireless connection between the two or more Wi-Fi access points. The use of AX will improve the performance and range of the devices and allow gigabit wireless backhaul between access points separated by two rooms (in an average US house). This will make installation easier and remove the need for running ethernet or other cables.

AX was also designed to alleviate the congestion in Multiple Dwelling Units and dense Single-Family Unit environments. AX addresses this by using more efficient scheduled transmissions that will not incur the collisions and retries of the current AC and N solutions.

How much faster is it really?

From 2019 onwards, we expect to see the introduction of the first new AX wireless client devices such as smartphones and laptops. In a mixed environment of pre-AX and AX devices, users can see roughly a 25% improvement in connection speed. Once we get to an all-AX environment, we’ll potentially see up to a 400% improvement.

In terms of actual speeds, each AX radio stream delivers a maximum theoretical PHY speed of 1.2Gbps. So, depending on the configuration of their AX device—4x4 or higher—users can really start to see far greater than 1Gbps performance over the air.

For example, a tri-band access point with 4x4 backhaul and 4x4 fronthaul can theoretically reach rates of 4.8Gbps on just the backhaul—realistically being able to offer 1Gbps speeds through two rooms of a typical U.S. home. The fronthaul 4x4 links can also then serve up to 4.8Gbps into the home and leverage 160MHz wide channels where clients support it.

802.11ad comes from the same family of standards as AX and is driven by the IEEE802.11 committee. AD operates at a different frequency (60GHz). It is currently used for applications like wireless HDMI, untethered VR and multi-gigabit wireless backhaul.

The next iteration of AD is 802.11ay, recently released as a first-draft specification. It is designed for multi-channel 60GHz usage and is capable of speeds up to 128Gbps.

ARRIS will play a leading role in the development of all of these new wireless technologies, enabling further application and connectivity advances for consumers, enterprises and service providers.