PoE is nothing to be afraid of 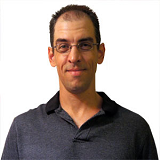 It is not unusual that some FUD (fear, uncertainty, doubt) surrounds the introduction and adoption of technologies. An article in Big Think talked about the top fears people have about future technology including autonomous AI, killer robots and biomedical materials. As with most technologies, once the FUD is addressed, there is more acceptance. The same can be true about power over data cabling.

As background, the National Electric Code (NEC) is ratified every three years at the National Fire Protection Association’s (NFPA) Conference & Expo by members of the NFPA. When the 2017 NEC was being ratified, there was a concerted effort by some participants to portray power over data cabling as a dangerous application. Whether the FUD they created was intended to sell elaborate testing services or expensive polymers or market a new cabling product, it was not completely successful.

CLICK TO TWEET: Cisco and CommScope support the safety and growing interest in PoE. Wayne Hopkinson explains in this blog.

However, one of the outcomes was the implementation of a table outlining the ampacity of different gauges of cable and the installation count with which they could be bundled. This table could be onerous to building inspectors who are tasked with determining the type of signals supported in a building which was still under construction (had not yet been occupied). This table could be bypassed by using limited power (LP) cabling that, in effect, required elaborate testing services, the use of expensive high temperature polymers and rendered void much of the installed cable base.

Fast forward to the most recent NFPA Conference & Expo in San Antonio, Texas. One of the key imperatives at the event was to ratify the 2020 version of the NEC. The latest version builds on a discussion between representatives of CommScope and Cisco that took place at a standards meeting. The discussion emphasized the need to demonstrate the inherent safety of power over data cabling (also referred to as Power over Ethernet or PoE).

Cisco and CommScope agreed to occupy a common booth at the 2019 NFPA Conference & Expo where Cisco would demonstrate the safety of their PoE-based switches and to give several talks and courses on the safety and growing interest in PoE. CommScope agreed to deliver a hands-on demonstration of large bundles of cable each supporting the maximum (IEEE 802.3bt Type 4 [Class 8]) PoE current. Ultimately, the goal of both Cisco and CommScope was to promote the safety aspect of PoE.

To help dissipate much of the FUD around PoE, CommScope announced a PoE lab in Greensboro, NC to test the effects of PoE on structured copper cabling in a real-world environment with commercially available and pre-production PoE-powered devices. 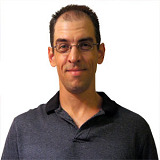 Wayne Hopkinson is an engineering fellow for CommScope. As a member of the Connectivity Solutions team for the enterprise market, he was named a CommScope Fellow, the highest level of professional achievement for the company’s engineering and technical employees. A senior principal electrical/RF engineer on the Enterprise Cable team, Wayne has been with the company since 1999.  He was instrumental in the design of GigaSPEED XL, X10D and Uniprise products in the Cat6 and 6A categories. Wayne has been involved in the development of products that have resulted in the smallest Cat6A UTP cable in the industry and led to significant cost reductions in manufacturing.