Poor Wi-Fi Can Cause Teachers to Disconnect from Digital Learning

Wilton Public Schools launched a digital learning program that leveraged a future-proof infrastructure based on Ruckus wired and wireless solutions. 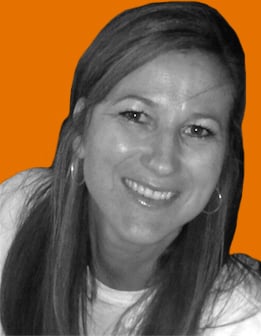 Are teachers really on board (and online) with digital learning? Students look so fearless swiping and tapping on iPads and Chromebooks. Teachers, on the other hand, can look a little shell-shocked when things don’t go as expected. Like when the Wilton middle school in Connecticut debuted online math testing. And the school’s entire Wi-Fi network crashed.

On paper (or tablet), the Wilton Public Schools had done everything right. All the schools were equipped with Wi-Fi before a digital learning curriculum was launched. Sure, there were complaints about connectivity and wait times. But the problems were intermittent, so the school forged ahead.

But think of Wi-Fi as the road in the digital learning roadmap. If the road isn’t designed for heavy traffic, prepare for crashes. When that happens, you may find that teachers are more resistant to digital learning. It’s understandable, when you consider the time that teachers put into creating lesson plans. How precious classroom time is. And the incredible pressure schools face around testing.

Lesson learned! The Wilton school administration brought together an IT manager and a digital learning curriculum designer to create an integrated plan: road + roadmap.

Before the next school year began, the new plan was underway. Every classroom in the four schools was equipped with Ruckus APs. Ruckus ICX switches were installed in wiring closets. The district-wide network is managed from one system— over 9,000 personal devices and over 14,000 wireless devices (including Chromebooks and iPads) were registered in the first school year.

Now if you visit the middle school, you might find fifth graders video chatting with a peer class in Africa. The two classes are collaborating on designing and building a product prototype to solve an energy-related problem. In another school, third graders are learning about Native Americans. As part of the curriculum, each student will take an iPad from a mobile cart and use an online design program to reproduce an archaeological artifact to represent the life of indigenous people, record an audio description using an online voice recorder and create a QR code for an interactive museum.

Across the district, students produce about half a million documents each month using a wide variety of Google suite applications. And, if you’re wondering, the district easily supports online testing—not just in a single school but district-wide. No traffic congestion. No crashes. And every lane on the new Wi-Fi is a high-speed lane.

When teachers have confidence that applications will load and tests will be administered, they’re more willing to go outside their comfort zones. Would you like to learn more about the Wilton Public Schools Ready Access plan? Or how the district actually saved money on this Wi-Fi project? Read the full case study or watch the video below.