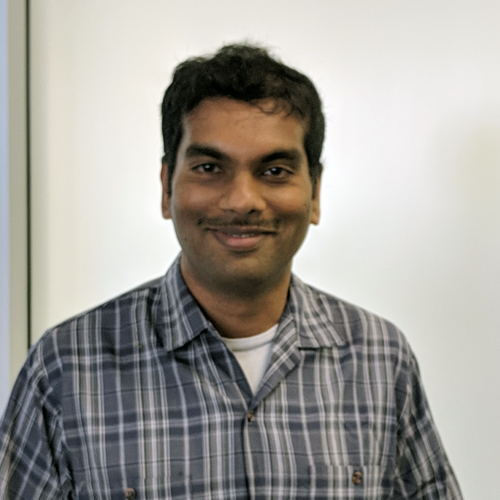 The Institute of Electrical and Electronics Engineers (IEEE) has ratified five major iterations of the 802.11 Wi-Fi protocol, culminating with Wi-Fi 5 (802.11ac) in 2013. However, despite a significant increase in speed, many organizations still find themselves limited by the Wi-Fi 5 standard, particularly in high-density venues such as stadiums, convention centers, transportation hubs auditoriums. To meet the challenges of high-density deployments, the IEEE recently introduced the Wi-Fi 6 (802.11ax) standard – which is the first to bridge the performance gap towards speeds. With an expected four-fold capacity increase over its Wi-Fi 5 (802.11ac) predecessor, Wi-Fi 6 is successfully transitioning Wi-Fi from a best-effort endeavor to a deterministic wireless technology that is fast becoming the de-facto medium for internet connectivity.

MU-MIMO describes a set of multiple-input and multiple-output (MIMO) technologies for wireless communication. MU-MIMO was first introduced to the wireless world in 2015 as part of the Wi-Fi 5 (802.11ac) standard, with the Wi-Fi 6 (802.11ax) protocol adding MU-MIMO support for uplink. MU-MIMO can be used in networks where a single access point (AP) must communicate with multiple clients simultaneously to improve overall efficiency.

MU-MIMO allows an access point to communicate with multiple devices simultaneously. It is part of the Wi-Fi 5 (802.11ac) Wave 2 standard. With MU-MIMO, an access point or a wireless router can communicate with multiple network clients at the same time – thus increasing the speed of the data transfer without congestion. A significant advantage of MU-MIMO is its support for transmitting data from an AP to devices in a downlink connection. In addition, MU-MIMO reduces the delay for each end-device receiving the data and enhances the device connectivity between multiple end users.

However, MU-MIMO also has certain limitations. Its functionality works only within the 5GHz band, as Wi-Fi 5 (802.11ac) is defined only in this band. In addition, MU-MIMO works only when transmitting data from an AP to a client in downlink transmissions – and does not operate in reverse. Moreover, MU-MIMO supports only a limited number of simultaneous data streams.

Wi-Fi 6 (802.11ax) leverages the multi-user version of OFDMA and MU-MIMO for better efficiency of uplink and downlink transmissions. OFDMA allows the transmission of big chunks of data over a single noisy channel. This technique works by splitting a single signal into multiple smaller signals that are transmitted. The combination of OFDMA and MU-MIMO allows Wi-Fi 6 (802.11ax) to achieve increased capacity, improved coverage and performance in ultra-high-density environments.

It should be noted that MU-MIMO and OFDMA provide complementary techniques to concurrently serve multiple users. More specifically, MU-MIMO is most effective at close to mid-range, whereas OFDMA is effective at all ranges, close, medium and far. Moreover, MU-MIMO best serves multiple with full buffer traffic, while OFDMA is utilized when multiple connections transmit relatively limited amounts of data.

Christian Kim, Senior Analyst IoT, Connectivity and Telecom Electronics at IHS Markit, estimates that total Wi-Fi 6 (802.11ax) device shipments will increase to 58 million units in 2021. Meanwhile, IDC sees Wi-Fi 6 (802.11ax) deployments ramping significantly in 2019 and becoming the dominant enterprise Wi-Fi standard by 2021. This is because the new Wi-Fi 6 (802.11ax) standard offers up to a four-fold capacity increase over its Wi-Fi 5 (802.11ac) Wave 2 predecessor.

With Wi-Fi 6 (802.11ax), multiple APs deployed in dense device environments can collectively deliver required quality-of-service (QoS) to more clients with more diverse usage profiles. This is made possible by a range of technologies, such as the Wi-Fi 6 (802.11ax) iteration of MU-MIMO, which enables simultaneous MU-MIMO data transmissions on the same frequency. From our perspective, Wi-Fi 6 (802.11ax) is playing a critical role in helping Wi-Fi evolve in to a collision-free, deterministic wireless technology that dramatically increases aggregate network throughput to address high-density venues and beyond. Last, but certainly not least, Wi-Fi 6 (802.11ax) access points are also expected to enhance the overall Wi-Fi experience by providing tangible performance benefits for legacy wireless devices.

Sr Product Marketing Manager. Some “fun facts” about me: • My favorite form of exercise is hiking • My favorite indoor and/or outdoor activity is chess and badminton • I love music but especially love The Beatles and Boney M