CommScope Definitions: What is C-RAN?

The C-RAN architecture is the future of the wireless network and should be seen as a precursor to 5G. But what is C-RAN? In today’s blog post, Mike Wolfe explains that the term has a couple of different meanings, standing for both “centralized” radio access network (RAN) and also “cloud-based” RAN. This post is the latest in the CommScope Definitions blog series. 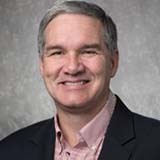 Though this blog post is an attempt to define C-RAN—an acronym commonly heard in the wireless industry these days—the term does in fact have a couple of different meanings. The C in C-RAN stands for both “centralized” radio access network (RAN) and also “cloud-based” RAN. They are related concepts, and both involve a new architecture for the network equipment at cell sites.

The trend toward C-RAN is still fairly new, having started just a few years ago by China Mobile. But other network operators around the world are already actively deploying Centralized RAN networks with an eye towards increasing their commitment as the market matures.

In a traditional distributed cellular network, the RAN is the part of the network that we think of as a cell site, with equipment at the top and bottom of a cell tower. Its primary component is the base band unit (BBU), which is radio equipment that processes billions of bits of information an hour and links the end user to the core network.

Until recently, the BBU was almost always located on-site near the bottom of the tower in some type of shelter or enclosure. The network operators had to lease the space, run power to every BBU and cool the equipment inside. Add it up and about two-thirds of a wireless network’s total cost of ownership is in operational costs such as site power and cooling.

C-RAN provides a more elegant and efficient alternative. By leveraging fiber’s huge signal-carrying capacity for fronthaul, operators can centralize multiple BBUs in one location, either at a cell site or at a centralized BBU pool location. Centralizing multiple BBUs simplifies the amount of equipment needed at each individual cell site and presents a host of other key advantages, such as lower latency.

The ultimate end-game of C-RAN, though, is Cloud-based RAN, which is when some network functions start being virtualized in “the cloud.” Once the BBUs are centralized, commercial off-the-shelf servers can handle much of the routine processing. This means the BBUs can be redesigned and scaled back to focus on the complex or proprietary processing. Centralizing base station processing with Cloud-based RAN simplifies network management and enables resource pooling and coordination of radio resources.

In addition to saving on hardware costs, the C-RAN model can create significant savings in terms of power, cooling and site leasing costs. In Asia, the first region to successfully deploy C-RAN commercially, operators have seen operating expenditures (OpEx) drop 30 to 50 percent. C-RAN is also enabling operators to access some interesting hidden features of LTE-Advanced (LTE-A) that can increase capacity without costing more money.

The C-RAN architecture is the future of the wireless network and is being implemented in today's 5G networks. I expect to see it continue to grow and ultimately dominate the way cell sites are deployed.

Article was originally published on June 16, 2015