CommScope Definitions: What is PIM in Telecom? 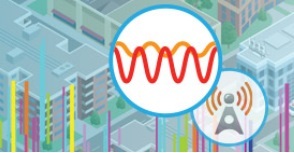 When 4G LTE and 5G networks are overlaid on previous wireless networks, interference becomes a real challenge—particularly passive intermodulation (passive intermod, or PIM). PIM has been a known issue for as long as RF communications have involved more than one frequency; however, LTE and 5G are particularly sensitive to its effects.

PIM is interference resulting from the nonlinear mixing of two or more frequencies in a passive circuit. If the interference coincides with a network’s base receive frequencies, it can cripple network performance and throughput. Possible PIM sources include poor connections, damaged cables or water infiltration into transmission equipment. PIM can also be caused by objects outside the path, such as light posts, buried conduit, fences or site equipment. There are so many possible external sources, PIM is sometimes known as “the rusty bolt effect.”

Elevated PIM levels pose a significant risk to a 5G or LTE network’s operational efficiency and profitability. At higher levels, PIM from multiple transmit signals can overpower receive channels. When this happens, a base station can easily mistake the signal distortion for an in-use channel and refuse to assign that channel. This causes the system to lose precious channel capacity, airtime and revenue. Given today’s highly sensitive equipment, very low levels of PIM are enough to severely degrade system performance. A 1dB drop in uplink sensitivity due to PIM can reduce coverage by 11 percent.

Outdoor macro sites were the first deployment scenarios where the PIM issues had to be tackled. High and reliable data throughput values are even more important in distributed antenna system (DAS) environments, though, where there are many components in the RF path that can contribute to PIM generation. With the passive components—such as splitters, hybrid couplers, and directional couplers—being placed closer to the signal sources in these systems, it is critical that the PIM specification for these devices is at the highest levels.

Conducting accurate PIM testing in the field is especially challenging because PIM levels are extremely sensitive to test equipment set-up and surroundings. The presence of metal objects in proximity to the device under test as well as the use of a worn test adapter can increase PIM, resulting in false failures.

Key Takeaway: PIM is interference that can degrade the performance of wireless networks, especially LTE. PIM can easily appear as a result of sources inside and outside the network. It can disrupt large macro networks and smaller DAS networks. PIM is difficult to test for because test equipment can generate PIM.