CommScope Definitions: What is 5G beamforming? 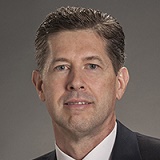 For next-generation wireless networks such as 5G, beamforming is an important feature of base station antennas. Beamforming has been used for decades, predominantly in military radar, jammer and satellite applications to achieve a highly directive antenna beam that is electrically steerable. A steered beam was often achieved using a rotatable reflector antenna as is commonly seen in airport and marine radars or radio astronomy antennas. Yet, mechanically steered antennas have several disadvantages, such as mechanical joints that have limited life due to wear, fragile rotating RF joints to guide the transmitted/received energy to the radio, relatively slow re-steering times, and non-random access to specific pointing angles.

Electronic scanning arrays circumvent these limitations by providing an antenna array that is fixed in its position with no moving parts. Its antenna pattern is steered electrically rather than mechanically. In previous mobile wireless generations, mechanically steered arrays were not viable due to the limitations mentioned, and electrically steered arrays were considered impractical due to the intense signal processing capability required.

As silicon densities and speeds have increased at an exponential rate over the past decades, it is now feasible to implement electrically steered beamforming in mobile networks—and even user equipment— at a viable price point. For next-generation mobile communication networks, electrical beamforming is now considered a vital feature in order to meet the required data rates and network capacity, to achieve sufficient coverage using higher frequency band with higher path losses, and to better manage interference.

Use of beamforming in mobile networks offers several advantages over the sectorized antenna patterns used in previous and current mobile wireless generations. In these networks, base stations broadcast the channel resources designated for a specific user over the full sector, so only a very small percentage of the power is radiated in the direction of the intended user. With beamforming, the use of a directive beam focuses the transmitted signal strength and receiver sensitivity in the direction of the intended wireless link, increasing the range of the link and the available throughput to a given mobile user.

The other significant benefit is that use of a directive antenna beam reduces interference to other mobile users by minimizing radiation in directions other than the intended mobile user. This allows the same wireless spectral resources to be used for multiple, simultaneous links within a sector with manageable interference levels.

A beamforming antenna array is generally comprised of many individual antenna elements or sub-arrays. Each element or sub-array of elements is connected to an individual transmitter/receiver channel. The more elements that are arrayed generally results in a narrower beam and higher gain at the peak of the beam. Since each antenna element is transmitting or receiving the signal, the signal transmitted or received from some angles will add in-phase as the channels are combined, whereas signals from other angles will subtract and thereby cancel each other.

The carrier frequency radiated by each element of the array combines either constructively or destructively across various angles to form peaks and nulls in the antenna beam. If the delay through each channel is equal, then the peak of the antenna beam will point directly perpendicular to the array, otherwise known as the boresight angle. By progressively increasing the electrical delay across the elements of the array, the peak of the antenna beam is positioned at an angle that is offset from boresight. Therefore, by carefully controlling the relative electrical delay through each transmitter/receiver path to each of the antenna elements, the antenna beam can effectively be electrically steered across a wide angular range. Using advanced acquisition and tracking algorithms, the angle for each mobile user is determined and tracked to ensure the user receives the strongest signal with minimum interference.

Advances in semiconductor process technology have enabled the implementation of dozens of transmitter/receiver channels and many megaflops of processing capability within relatively small and low power electrical components. This has in turn brought the use of advantageous techniques such as beamforming within reach of mobile wireless networks and low-cost mobile devices to greatly enhance the mobile experience of future network users and address the ever-increasing demands for wireless throughput and capacity.

Mike Brobston is Director of Advanced Technology within the Mobility Solutions RF Products group of CommScope in Richardson, Texas.  Mike has led many R&D efforts in system and core technology development for 5G beamforming and millimeter wave systems, phased array radar systems, RFIC and DSP ASIC cores, and advanced antenna systems through organizational and technical leadership roles at CommScope, Samsung, Raytheon, Motorola, and Texas Instruments.  He is the author/coauthor of 35 granted US patents focused on a broad range of wireless system technologies.  Mike graduated with an MSEE degree from the University of Kansas.