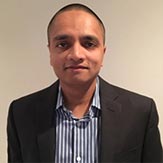 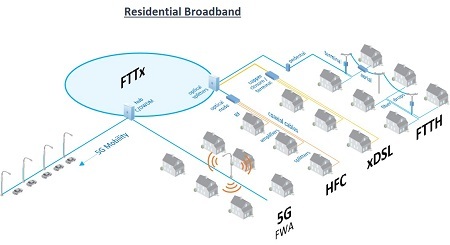 Consumer demand for broadband continues to grow at breathtaking pace. New bandwidth intensive applications, such as 8K video, virtual and augmented reality, and cloud computing further compound the problem. Current broadband technologies such as fiber-to-the-x (FTTx) and cable are well suited to meet this growing demand. However, delivering fiber to the home requires tearing up streets and sidewalks, which can be expensive or simply not a viable zoning option in certain neighborhoods. Additionally, FTTx can also be cost prohibitive in sparsely populated areas. Therefore, operators are looking at alternate means of delivering broadband at fiber-grade speeds using newer fixed wireless technologies.

It is important to note that fixed wireless technologies (LTE, WiMAX, etc) have been around for quite some time. However, these technologies are spectrally inefficient, expensive to deploy, and unable to provide the speeds needed to compete with wired broadband connections.

The next generation of 5G-based fixed wireless technology is expected to hit data rates in the order of several Gbps, well within the range of existing FTTx technology. A big portion of the improvement in data rates between 5G and older technologies will come from increased spectral capacity. 5G fixed wireless networks are expected to utilize millimeter wave (mmwave) bands (28GHz, 37GHz, 39GHz, etc.) where larger chunks of contiguous spectrum are readily available for use. In addition to increased spectrum, 5G networks are also being designed to increase spectral efficiency by orders of magnitude when compared to its 4G predecessors. Advanced antenna technologies such as massive MIMO (multiple-input multiple-output), beamforming, and beamtracking will serve as key enablers.

While 5G fixed wireless presents significant opportunities, several challenges remain. Some of them include:

Finally, it is important to note that 5G fixed wireless technology is not mutually exclusive to other means of delivering high speed broadband. Fixed wireless, hybrid fiber cable, xDSL and FTTx can co-exist with each other allowing service providers to select from a wide array of options based on geography, customer needs, and commercial viability. 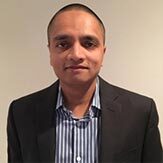 Sammit Patel is Director of Advanced Development at CommScope’s RF Products business unit.  Sammit has over 20 years of experience in the telecom industry with primary focus on Wireless Infrastructure Products; including 3G, 4G, and 5G technology.  Prior to joining CommScope (Andrew), he held a Senior RF Engineering position at Motorola, Inc.  Sammit holds an BS in Electrical Engineering from Georgia Tech and MS from National Technological University.