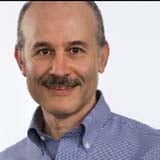 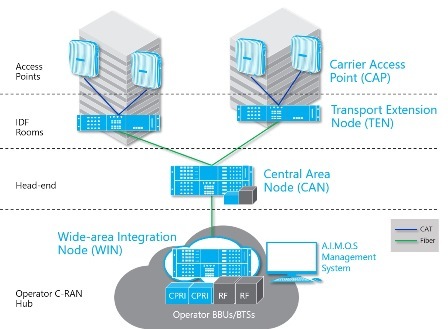 At Mobile World Congress and in the weeks surrounding it, there have been multiple articles and vendor announcements focused on applying cloud and virtualized RAN concepts to distributed antenna systems (DAS) for cost savings and flexibility. We announced our own Era C-RAN antenna system, and the wider trend has been reported by RCR Wireless News and AGL.

Under this common theme, however, are different approaches. To understand them, it helps to examine what problem each one is trying to solve.

Some approaches aim to replace the purpose-built hardware base station with one running in software on general purpose computing platforms – a concept known as virtualized RAN, or vRAN – while keeping the in-building signal distribution (the DAS) unchanged. vRAN promises to reduce cost and increase flexibility in the signal source, but by itself it does not improve the performance or economics of the in-building system, particularly if it drives an analog DAS that has no way to leverage the vRAN intelligence.

On top of that, vRAN signal sources comprise only a tiny fraction of RAN infrastructure today, making them impractical to leverage for most near-term in-building deployments.

Era’s approach focuses on optimizing the in-building portion of the solution by:

Together, Era’s advances reduce the in-building space, power and fiber footprints of the system by up to 90 percent, while providing greater flexibility to allocate precious baseband capacity. The digital baseband interface enables operators to immediately leverage the large commercial base of Nokia BBUs, thanks to the optimized CPRI interface, while also providing a stepping-stone to virtualized RAN interfaces such as Open RAN (ORAN) when they become commercially deployed – a topic we will explore in a future posting. Finally, this architecture lays out the in-building fiber “highway” on which in-building 5G networks will be built. 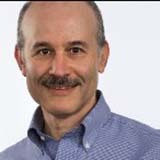 Josh Adelson is director of portfolio marketing at CommScope, where he is responsible for marketing the award-winning ONECELL® Cloud RAN small cell, ERA® C-RAN antenna system and ION®-E distributed antenna system. He has over 20 years experience in mobile communications, content delivery and networking. Prior to joining CommScope, Josh has held product marketing and management positions with Airvana (acquired by CommScope in 2015) PeerApp, Brooktrout Technology and Motorola. He holds an MBA from the MIT Sloan School of Management and a BA from Brown University.